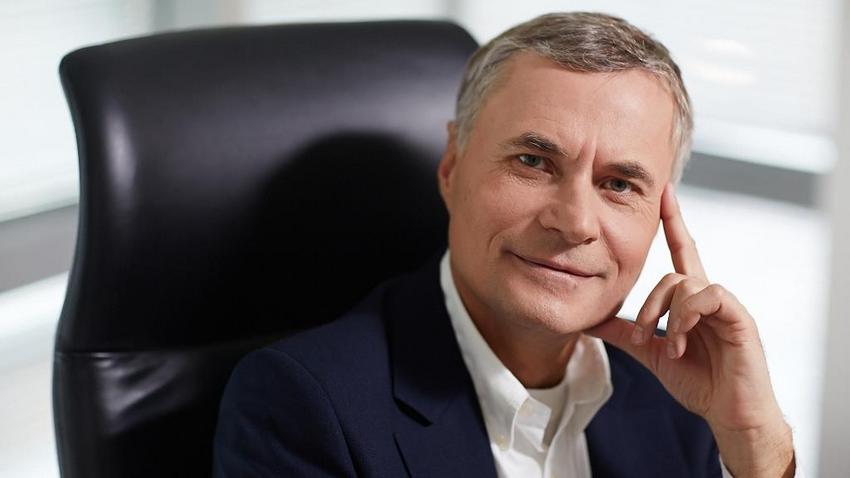 “The old orthodoxy is not working” – interview with Jacek Giedrojć

By SKN EP18 października 2019No Comments

I had a pleasure to carry out an interview with Jacek Giedrojć, a graduate of MBA studies at Harvard University, a doctor of Social Sciences and a founder of the Warsaw Equity Group, the investment company that actively supports the development of Polish enterprises with its own capital. He has written books: “Competition, coordination, social order” (2017) and “Pułapka” [“Trap”] (2019, in Polish). He discusses the problem of economic thinking, and how homo economicus approach negatively influences the economy, politics and the society. The author focuses on the issue of vanishing values – moral, ethical and economic, and the reluctance to invest. He directly criticises a current thoughtless system, based on out-of-date paradigms, deeply ingrained in lots of minds governed by economic thinking. He shows his interest in heterodox concepts, including MMT. I have asked him several questions raising fundamental issues relevant to Modern Money Theory in order to get to know his opinion on the subject.

I am grateful to the SGH Political Economy Society (link to the fanpage) from Warsaw School of Economics for organising a lecture about MMT with Gracjan Bachurewicz from the University of Warsaw. I would like to acknowledge the Society’s members for their help in preparing some of the questions as well.

In the introduction of the book “Pułapka” [“Trap”] you recall the words of John Maynard Keynes that ‘the ideas of economists and political philosophers, both when they are right and when they are wrong, are more powerful than is commonly understood’. What do you think about an unconditional criticism of the Modern Monetary Theory that many economists undertake? What is the value of a debate on a new perspective of monetary and fiscal policy?

Jacek Giedrojć: The debate is valuable. It challenges the orthodoxy, which has not served us well as evidenced by secular stagnation and crises since 1980. But you must understand that policy prescriptions implicit in MMT — essentially printing money to fund government — have been tried in the past and the results were disappointing. Governments have not used this power well. A more sociological explanation for the criticism is that established economists are invested in established ways of thinking. It takes time for a paradigm to shift. Moreover, the big loser from MMT would be the financial sector. Not surprisingly, it is using its substantial resources to discredit it by lobbying not only politicians but also academia.

Do you agree with the statement that modern money differs from its classical, metallistic view? Is money still a measure of value of goods and services, or is it rather a debt that government can reclaim through taxation?

J.G.: Money is neither gold, nor is it issued exclusively by governments. In fact, today most money is created by banks. Every time a bank makes a loan it creates money. How? When a bank makes a loan it simultaneously credits the depositor’s account, it creates a deposit, which is money. This deposit then can be spent, invested or gifted to another person. By spending the borrowed money, the debtor removes it from the balance sheet of the bank which extended the loan but the transfer ends up as deposit in another bank — it does not disappear from the system. In short, the process of creating money has been outsourced to private institutions. This has good and bad consequences. The good consequence is that entrepreneurs with good ideas can be funded by newly created money. In the old days of Gold Standard perhaps there would not be enough money to fund them. In a possible new world where government and central bank jointly would have a monopoly on money creation the entrepreneur with good ideas might not be funded either because government might not consider his or her idea good.

The bad consequences appear to be even worse. Outsourcing money creation to private, profit seeking banks is destabilising. In good times there is too much credit (money), in bad times there is too little. This makes the task of central banks impossible. On the one hand, they have to make monetary policy — ensure low inflation (and, in some cases, low unemployment). On the other, they need to ensure the stability of the financial system. But they have only one instrument — money supply. At times monetary policy requires increasing money supply to fight recession while macro prudential policy requires the opposite, for example to prevent asset bubbles.

Can there be a weakened trust in the currency and some negative effects resulting from it in a system in which money is created and later spent by the government without having to incur debt?

J.G.: This is an empirical question. We will not know until we try it.

Do you see a chance of eliminating the companies’ blockade to invest among the statements raised by MMT? Can a specially adapted fiscal and redistributive policy affect the activities of private sector members, who only strive for effective allocation of the resources?

J.G.: In my book I suggest that economy has three dimensions: efficiency, justice and innovation. Government spending funded by creating money certainly can address the justice dimension — everybody can be guaranteed a job or income. To some extent it also addresses the efficiency dimension — involuntary unemployment is a waste of resources. The question of innovation is more complex. What matters here is not how much is spent and by whom but on what. If government prints money to pay for research, public services or infrastructure that enable individuals and firms to undertake long-term innovative projects then all is good. But it is just as easy to foresee governments printing money to buy votes.

In your opinion, what is a worse economic phenomenon – inflation or unemployment? If the state had the tools to reduce the intensity of one of these phenomena, making the other one more severe, what decision should it take?

J.G.: For every complex question there exists an answer that is short, simple and wrong. Therefore, I will not give you a direct answer. In different times in history inflation or unemployment were more acute problems. Money is an important institution and undermining it erodes trust without which no society can function well. This is a fundamental argument in favour of controlling inflation. On the other hand, in crisis keeping inflation low can depress long term trend output, for example by pushing people out of the labour market permanently or blocking investment in innovative long-term projects. Which of these risks is graver at any given time is a matter of judgment and cannot be determined once for all.

More importantly, it is easy to imagine a country of full employment and no inflation, in which citizens of this country get progressively poorer relative to the rest of the world. Let’s optimistically assume that government can create just enough money to guarantee full employment but not too much to trigger inflation. In extreme case this can be achieved by paying people to dig holes in the ground, fill them up and then dig them up again — government could be paying its citizens to do anything regardless of whether others want this or not, whether it contributes to prosperity or not. More realistically, it is easiest for government to pay for non-tradable goods and services, or those that are not internationally competitive. But its citizens also desire goods and services produced in other countries, possibly because they are not produced domestically or simply because foreign goods are superior. Unfortunately, our economy of full employment and low inflation would be gradually less and less able to provide their citizens with such superior goods. Why? Because foreigners who produce them do not have to accept the fiat money issued by the government of our country.

Among the more progressive solutions to unemployment problems resulting from technological changes, there are postulates of “Unconditional Basic Income” or “Job Guarantee”. Do these tools have a chance to become permanent institutions of the labour market, as it happens in the case of the minimum wage?

J.G.: We already have forms of UBI. Consider free education or health care. Citizenship is the most valuable asset most people in developed countries hold precisely because it guarantees such forms of income. If corporations continue to downsize, outsource and withhold investment in pursuit of shareholder value societies may have to resort to measures such as guaranteed employment or UBI.

According to MMT supporters, government expenditure is limited only by the risk of inflation. Is it possible to assess when the economy will reach full employment (when everyone willing and able to work is able to find employment in a relatively short period of time) and when further state expenditures will become inflationary?

J.G.: This is in fact very hard to do. All the more so because it will always ultimately be a political decision subject to electoral cycle. It is easy to imagine how such decision can be manipulated by the current majority in its own political interest but to the detriment of all.

In view of the potential crisis threatening the Eurozone, should the process of harmonising the fiscal policy of the European Monetary Union be carried out along the lines of the integration of monetary policy supervised by the European Central Bank?

J.G.: According to MMT money is created by government spending. But how we spend money is a political decision. Will Eurozone support innovative, export-oriented activities or just any job creation? In the first case money will go to German industry; in the second — to Greek shopkeepers.

At times of crises such strong actions by ECB are necessary. But whether they are a recipe for long term prosperity is an open question.

To sum up, do you think that MMT could turn out to be revolutionary as a new way of implementing fiscal policy? Or are its advocates too optimistic about the claims they have made?

J.G.: I think it is an experiment worth making. The old orthodoxy is not working but we do not know enough (and never will before trying) if the new model would be better. Some practical measures could include gradually shifting balance between the amount of money created by governments and that created by the financial sector through tougher financial regulation. One has to realize that much of the so-called financial innovation is simply regulatory arbitrage — risks expunged from one segment of the financial system reappear in another. For example, today money is created not just by commercial banks but also by money market funds or investment banks through repo transactions. It also would be great if some smaller countries tried MMT. After all, progress comes from experiments, taking risks.